TechTanker
Home Tools 50 Best Wii U Games You Can Play All Of The Time...

Even though it has better hardware capabilities, Wii U is not considered as successful as its predecessor, even though there are many good and cool games available for this console.

For Wii U owners, the list below can be a reference in the decision to buy a new and cool game.

The order of the 50 best Wii U games is based on evaluations by editors and game experts from many well-known game sites collected by GameRankings. 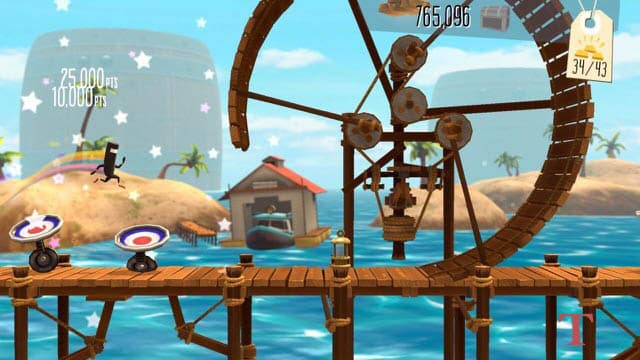 If you like games that have elements of rhythm and music in them, you should try this game.

Runner 2 is very cool to play because of its uniqueness, cool graphics, and very simple controls.

In this game, there are more than 100 different levels with one objective, which is to get to the end of the level without being hit.

Your character will automatically run from left to right and your task is to avoid obstacles by pressing the button to match the beat and rhythm of the music.

Unlike other games in this series, Runner 2 has a graphic style that is not pixelated, but polygonal.

This game is also made easier by the presence of several checkpoints in the middle of the level.

By collecting hidden secret, players can unlock retro levels, namely levels with pixelated graphics like in the previous game. 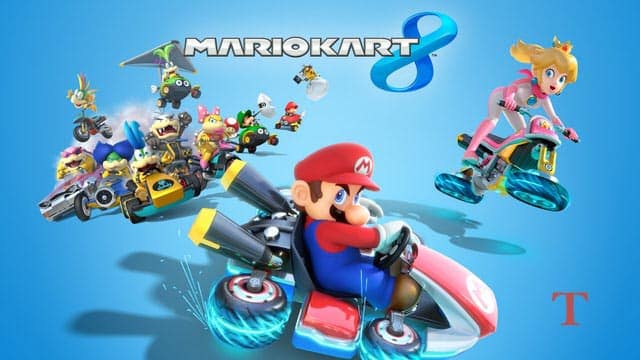 The most popular racing game on the Nintendo Wii U console (and other Nintendo consoles, as usual), the Mario Kart series is back with the addition of vehicles and new race tracks.

Mario Kart 8 provides everything good from the previous series and even makes it better by offering more customization options, new vehicles and tracks, and other content.

In single player or multiplayer mode, players will pit speed in fun and fun ways.

Not only are there cars in this game, but there are also hang gliders, motorbikes, and so on.

With a very competitive online mode, plus a lot of single player championships, it is guaranteed that you will not get bored playing this game. 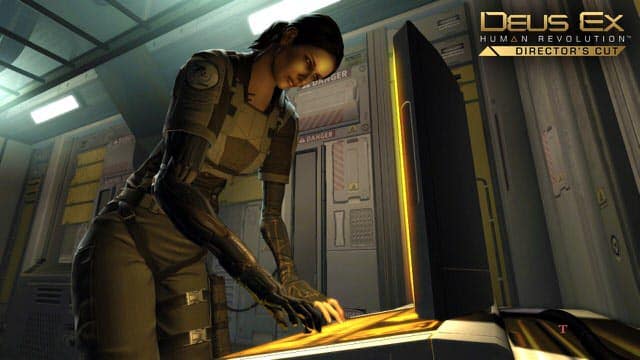 You play Adam Jensen, someone who lives in the future, where humans can replace their body parts with highly sophisticated machines.

This game combines elements of stealth and third-person action gameplay, allowing players to play as freely as possible.

Although stealth is the main objective in this game, it’s not a necessity.

The storyline is also not boring and deep enough, and you will know more deeply after interacting with the characters around you.

You will also be able to choose how you will dialogue by choosing the options available, and your choices will affect the storyline.

In short, Deus Ex is one of the best action games that offer players freedom. 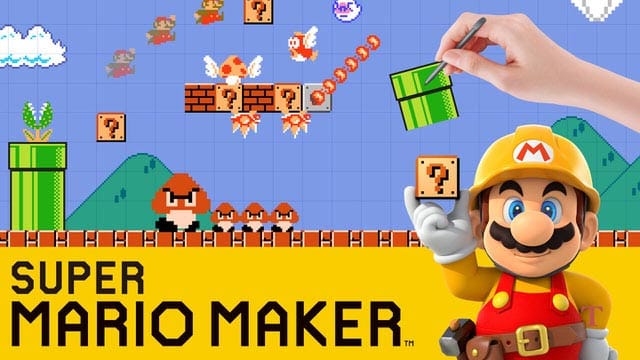 Basically, this game is a level editor that you can use to create your own level and share it with other players online.

This game offers several styles from several Mario games, such as Super Mario World, Super Mario Bros. 3, and others.

Although the tools for making the level are amazing, the more amazing is the thousands of levels that have been uploaded since this game was released.

If you are a fanatic of Mario, you have to try this game and make your own levels using your creativity.

It’s easy to get addicted to this game because this game has no limits. 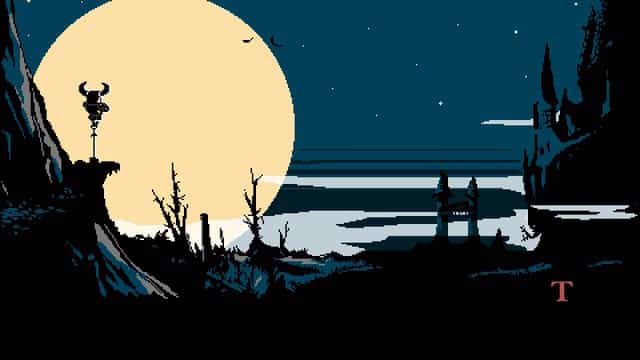 This indie game platformer is quite great, considering that even if it is only made by indie developers, this game can enter the top 10 of the best Wii U games.

Although many games try to make retro games like the ones in the NES, only a few are successful, for example, Shovel Knight.

Although this game is basically difficult, the controls are relatively simple and easy, making this game very beginner-friendly.

The basic concept of this game is also quite simple because you only need to navigate the level and reach the end of the level intact.

And if you buy this game, there are many free downloadable contents, making this game one of the best indie games of all time.

Also See: How to Play Wii U Games on PC and Settings of CEMU

6. The Legend of Zelda: The Wind Waker HD 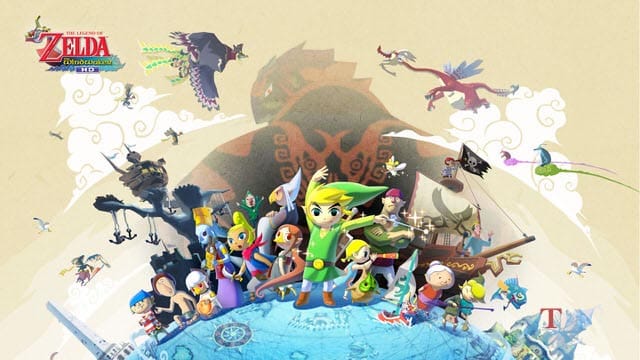 If you are a fan of Legend of Zelda games, of course, there is no doubt that this game is a must-have a game.

You will like the new graphics display because it is quite unique and a cartoonist.

Some things were also upgraded and improved from the original game, making this game not in vain to buy.

In addition, some things that are not considered useful and long-winded (such as repetitive sidequests ) are also eliminated for more exciting playing experience. 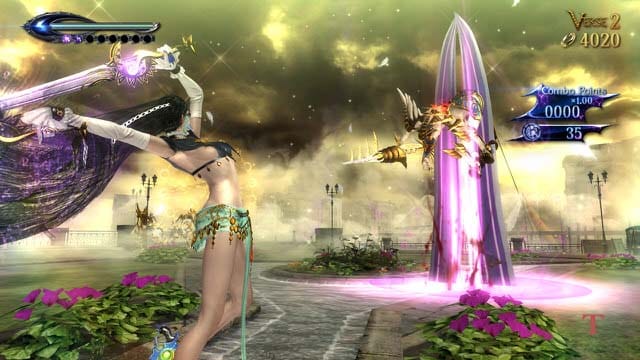 The previous Bayonetta game was very ambitious, giving players an epic playing sensation with quite a hack and slash style.

Visually, Bayonetta 2 is very colorful and varied because the setting of the place can change quickly and differently.

The combat system has also been mixed in such a way, combining several weapons at once.

If you’re interested in adrenaline-driven adventures, plus sensual and violent elements, Bayonetta 2 is definitely the top choice.

8. Super Smash Bros. for Wii U 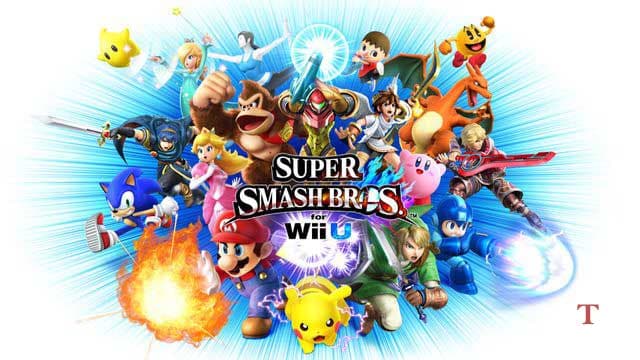 Let’s just say that this game is a Nintendo version of Tekken, with Nintendo characters as fighters.

And thanks to the feature of being able to connect with 3DS, you can fight with 8 people at once, making the game become chaotic and exciting.

This game has a single player and multiplayer features and is supported with more than 50 characters to play.

There are also several new characters available, for example, the Mega Man and Pac-Man characters.

Online games can also be tested if you are interested in testing where your fighting skills are in this game.

Finally, this game is very exciting to be played alone or in groups, and you are guaranteed to be addicted to playing this game for hours.

This Mario 3D game is a little different from the previous Mario adventure games like Super Mario 64 and Super Mario Galaxy.

The camera angle is slightly down, giving you a fairly wide viewing angle when exploring each level.

Each level has three hidden green stars and several other secrets.

This game also introduces several new power-ups, such as paint suits that can make Mario climb the wall quickly and throw bombs at the enemy.

Each level is designed according to their respective world themes, as usual, and the design quality of each level is very indulgent.

You can adventure accompanied by three other characters, namely Peach, Luigi, and Toad.

Each character has their own unique controls, and make sure you use the right character for each level. 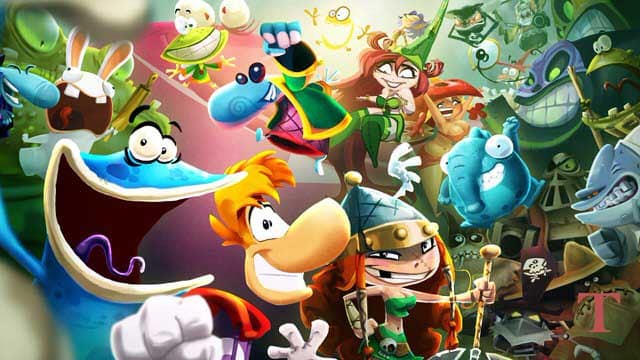 This game is a sequel to Rayman Origins and arguably this game is also able to offer a sensation of gaming that is quite powerful as its predecessor.

If you are a platformer game lover, this one provides everything that can make you interested in the platformer genre, from cool design levels to exciting controls.

When compared to other mainstream platformer games, maybe this game looks a bit simple, but that’s where the power is, this game is quite minimalist and simple but not bad.

You can play this game alone or with friends using the touch screen in the gamepad.

There are also many unlockable contents in this game, for example, new characters, costumes, levels, and many other things.

The Other Best Wii U Games Listed Below

23. Scram Kitty and His Buddy on Rails

Even though the Nintendo Wii U game isn’t that much (I can only get the best 50 games), but there are some hidden ‘treasures’ that can reduce disappointment with the few games available.