TechTanker
Home How To How To Render In After Effects?

How To Render In After Effects: Once you have completed the project in After Effect, then the next step is to save the file and render it into a video.

Now to render After Effect, there are a number of settings that you should know first. Such as output settings, rendering, and others.

So that the video can be stored properly.

How to Render the Right After Effect

After rendering this, we can later export After Effects to MP4, AVI, and other video formats.

Here are the steps.

1. Open the After Effect Project

In the first step, you need to open the After Effect and the project you want to render first.

How to open it you can pay attention to the following steps: 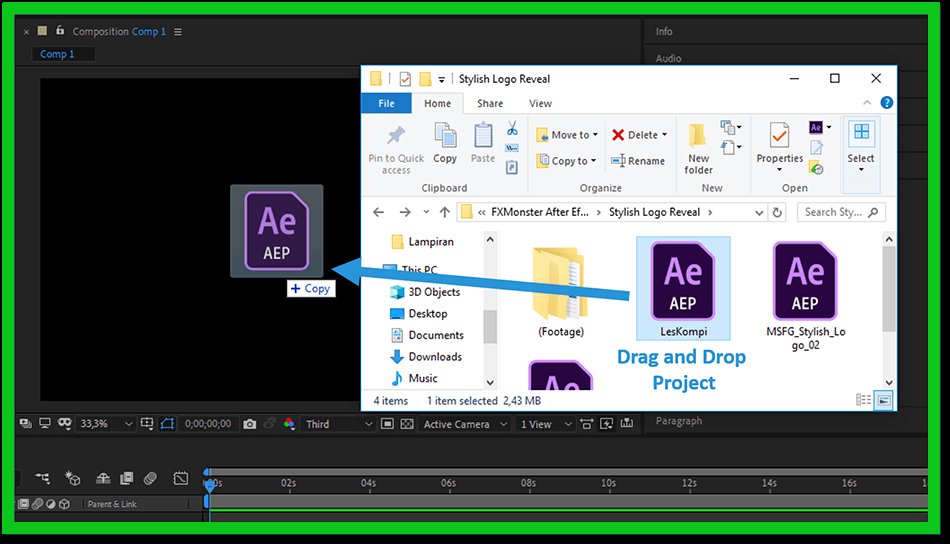 Then if you want to modify it, it can be done first before rendering.

If so, you can now activate the render settings. The goal is to be able to configure the video format, quality, and more.

Here’s how to enable render settings : 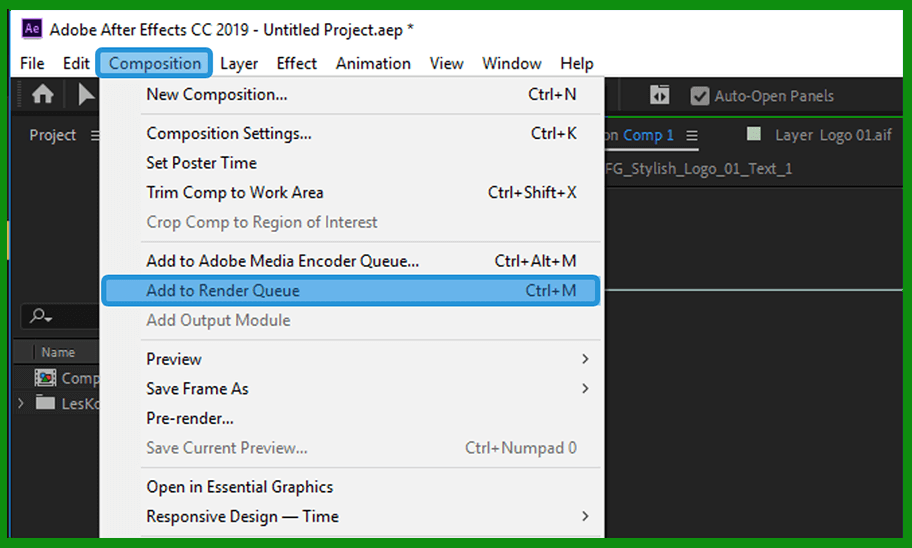 The use of adobe media Encoder is to allow you to render multiple projects at once. In addition, the resulting file is also compressed first.

After the render settings menu appears, you can now start the process.

Here are the steps:

The length of the rendering process depends on the effect you use on the project.

How to Export and Render to MP4

Next, I have a way to export and render your After Effects project to MP4. The reason is, the MP4 format is only supported until After Effect 2018.

Incidentally, I’m currently using After Effect 2019, so I can’t render to MP4 format. But I have a solution to render the project into MP4.

If you want to know how you can follow these steps:

Before you start rendering, you can download and install After Codec first. So this After Codec serves to bring up the MP4 format in the After Effect.

Here are the steps: 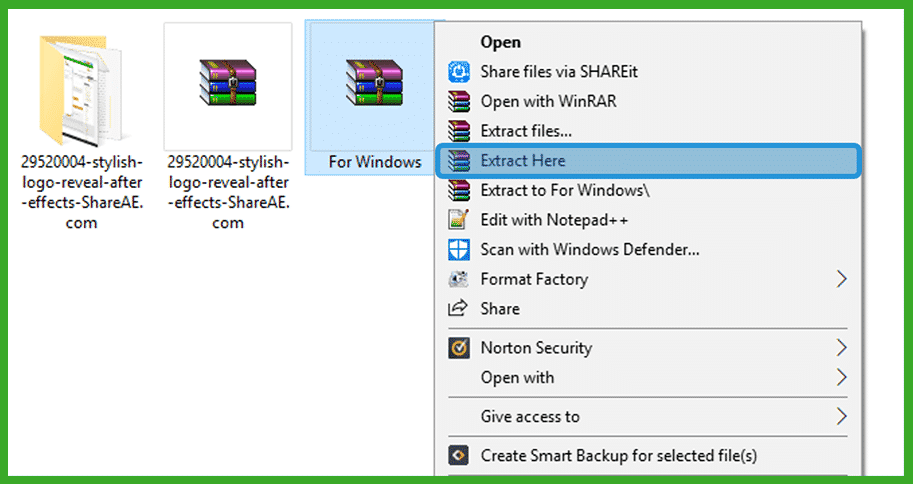 Note: If there is a password, please type mosc-file.

2. Open the Project in After Effect

After installing After Codec, you can open After Effects and find the project you want to render.

The steps are as follows: 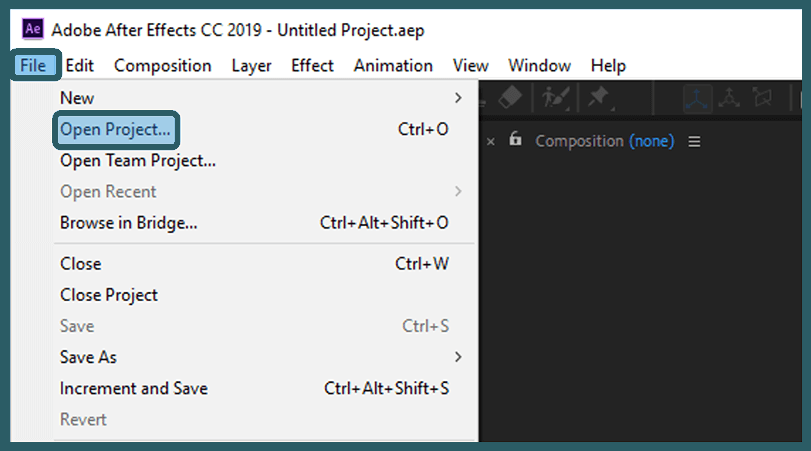 When you have opened the project you want to render, then you can configure the format that will be used.

Here’s how to configure it: 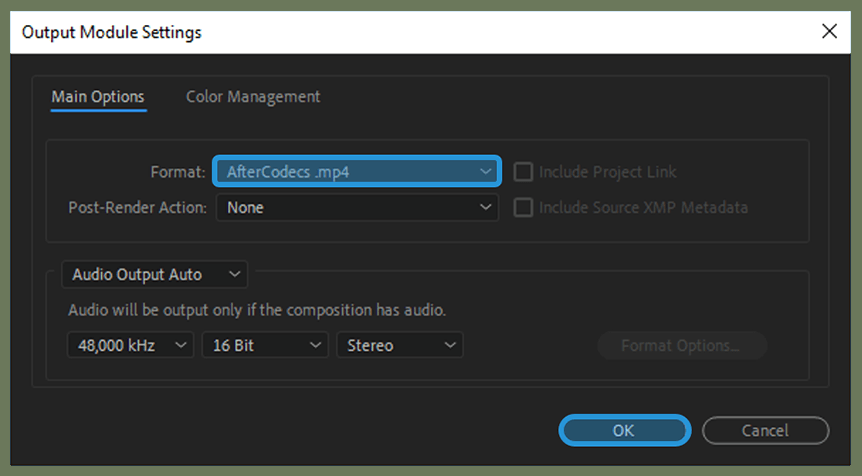 The last step is to start the rendering process from the project you have already created. Later, this rendered file will be exported to MP4 format according to your choice.

Now for the rendering process, here are the steps: 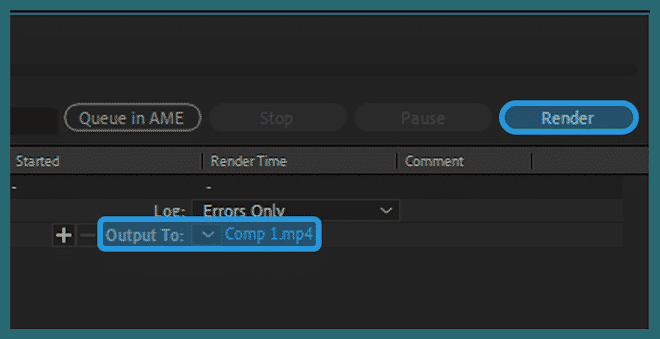 Apart from adjusting the video format, you can also configure quality, resolution, audio, and others.

Usually, the rendering process in After Effects takes a lot of time. Especially if your project uses many effects and other tools.

But that doesn’t mean you can’t render fast. Because there are a few tips that you can use to optimize the rendering process in the After Effects.

Here are some tips to make rendering faster:

This After Effects application requires a minimum of 16 GB of RAM. While the recommended 32 GB or more.

So if your RAM is lacking, it’s better to upgrade first. But if you have 2 RAM slots, you can just add them up to the minimum requirements.

Apart from RAM, you can also change the hard drive to an SSD. The reason is, this SSD has a much higher capacity than a hard drive.

So that allows your rendering process to be faster.

While rendering, it’s best if you don’t open any applications. The reason is this rendering process will increase the performance of your CPU.

Meanwhile, if you open another program, the CPU performance will be divided and the rendering process will take longer.

You can also turn off Motion Blur and 3D Layer. By enabling this function, the rendering speed will be reduced.

So it’s best to just activate this function as needed.

Finally, you can use Adobe Media Encoder as an additional application to render After Effect projects faster.

In addition, by using Media Encoder, you can work on other projects even though the rendering process is in progress.

The conclusion from this discussion, you can render the After Effect project directly or by using the After Codec.

If you are using After Effect 2018 or earlier, then you don’t need to install After Code. 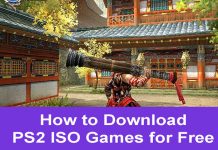 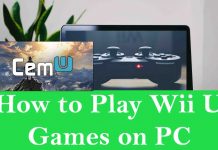 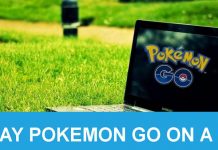