You can find blood, body pieces and ghost appearances in the ranks of the best PSP horror games below. Guaranteed to be made tense!

Appointed based on the story of Silent Hill 1, Silent Hill: Shattered Memories tells where Harry Mason tried to find his son, Cheryl who was lost amidst a blizzard.

Unlike the previous gameplay, the best PSP games are more psychological horror. Where he says this game can know your personality.

In this game also now there are no weapons, you can only run and swear from the enemy’s pursuit. Ready to play?

This game is included as a game that was banned in several countries. Because frankly, Manhunt 2can be said as a game so brutal and terrible.

You are in charge of being a serial killer and have a mission to kill humans around you blindly.

Various methods of killing are allowed. Well, imagine not how terrible this game is. Can you still play it?

Obscure: The Aftermath is the best PSP game with the same survival horror theme as Resident Evil and his friends. It’s just that in this game, you won’t find a gun.

You can only fight enemies using a bat and various other types of melee weapons. Wow, can you die or not be an enemy?

The puzzles offered by this game are quite challenging. You not only can walk straight but also need to spin around in the surrounding area. Interested in trying?

Hysteria Project 2 is a unique short game. In terms of graphics, there is no animation at all. This game instead uses original video recordings.

You will act as a patient who will be operated on illegally. The operation is certainly not an ordinary operation, a terrible operation.

Later you will be given a choice, about what you have to do. Can you leave the hospital?

Well, that’s the recommendation of the Best PSP Horror Games from TechTanker, which you can now play on the Android PPSSPP emulator easily. 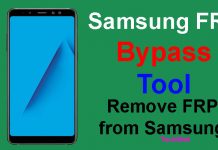 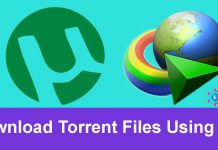