For those who are still fans of PS Vita, we have compiled a list below with the 20 best PS Vita games of all time until 2021.

Although not the expected success, the Playstation Vita (PS Vita) was a highly respected device of its time. With great features, the device has all the controls a Playstation console has and, best of all: countless high-quality games.

With so many choices, we thought it might help to make some recommendations for PS Vita owners and buyers. Here I recommend the best PS Vita games for 2021. 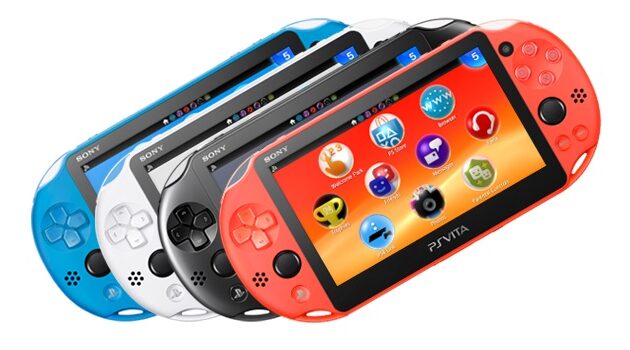 The Best PS Vita Game of All Time

Even a few years after its release, Gravity Rush remains one of the best Ps Vita games of all time.

Unique in its kind, this game stands out thanks to its very fun comic book style and impeccable gameplay on Vita. Sequels have appeared on portable consoles from Sony and PS4. With Iota and Atoi, the messengers, Tearaway is a game that is packed with charm, color, and humor and is endowed with impressive gameplay. Tearaway, another example of what Vita’s abilities can achieve. Persona 4: Golden has easily entered the ranking of the best ps vita games in 2021. This upgraded version of the game originally released on the PS2 remains one of the best games of the genre available on all platforms.

This enhanced version goes even further to rework the original story by including new characters and new game arcs for those who have finished the game. This game is only mandatory for every PS Vita owner. Muramasa Rebirth is a staunch standard-bearer of classic Vanillaware action-RPGs. The game shines and dazzles on the PS Vita’s OLED screen.

This is not only the most beautiful Vita game, but it is also a game that one really enjoys playing.

Immersive, stylish, and action-packed, the Muramasa Rebirth campaign, hidden demonic sword, massive exploration, and other options are enough to keep you busy for a long time.

If you’ve never played Muramasa: The Demon Blade on the Wii, the Vita version is a great way to catch up.

This game is amazing and it’s the best launch title for the PS Vita. Uncharted Golden Abyss is a beautiful and fun game with a huge collection, lots of laughs, and some cool surprises from the franchise that are very familiar to PlayStation fans.

The game promises an Uncharted experience on a handheld console, and that promise is kept. This fits into the list of the best PS Vita games of all time. I really enjoyed my time with Wipeout 2048. This is the best Ps Vita game 2021 which is fun and very explosive.

Plus, if this is your first Wipeout game, chances are you’ll have a lot of fun. Undoubtedly, this launch game fulfills all the needs of fans of the series.

Fast-paced, frenetic, beautiful, and addicting, this is truly a game you have to experience. With tons of different championships, long-lasting multiplayer, and additional DLC – which is both cross-buy and cross-play with the PS3 version – you can only be impressed with WipEout.

This is not a typical Monster Hunter title, and it takes a much more mature approach than most – it is a game of soul sacrifice, which is all about tearing people’s souls and eating them. energy.

With puzzling gameplay and action, improved visuals from the original, and lots of new content – the definitive version of Soul Sacrifice offers a rich experience for those who want to take the time.

Whether you play for a few minutes or for hours, it’s an addicting and rewarding experience.

Danganronpa takes murder mysteries to a whole new level. This game is a beautiful mix of genres between visual novels modeled on investigations and attempted murder such as Phoenix Wright.

Its quirky humor – made even better with excellent writing and catchy characters – is constantly distracted by the seriousness of the plot, creating a unique adventure for Vita players to experience.

Danganronpa is a must-visit for those looking for a story-based adventure through the revolving world of crime-solving and chaos. A visual novel that easily made it to our list of best ps vita games of all time. LittleBigPlanet PS Vita is truly the definitive LittleBigPlanet game. In other words, everything you loved about past games in the past, organized into games that you can play anywhere, anytime.

Plus, you can collect prize bubbles while watching TV, download user-made levels at home, then read them on the plane, and spend hours learning 10-minute cut creation mode in the laundry room.

Then there’s all the new stuff, like touch controls, games that don’t involve Sackboy, and creative potential that gives you tons of free games.

Yes, the build is cumbersome and the loading times are a little too long, but that doesn’t stop the LittleBigPlanet PS Vita from being a great experience.

10. The Last Rewards of Virtue

This sequel is crooked, more brutal, and more memorable than the first volume, it solidifies Zero Escape as a series, and it’s an experience I recommend for all gamers – if you’re over 18.

Virtue’s Last Reward builds an unforgettable story about the choice dilemma: Will you cooperate, or will you betray?

There is a choice to make, however, whether you should buy it or not. Do it. Buy now. There shouldn’t be a timeline created in which we didn’t play this game. This best PS Vita game 2021 has everything you could want from a PlayStation Vita game, soundtrack, and visuals to a home console equivalent, taking advantage of all the functionality of the buttons, combined with unique gameplay.

Killzone Mercenary is a must-have title in every Vita owner’s collection! Killzone: Mercenary finally delivers what Vita’s owners are asking for: a first-person shooter that will not only keep them busy for a long time but help them justify their PS Vita purchase.

Mercenary is a very good shooter, designed for avid fans of shooting. There’s a lot to like here – even though the campaign is really short – the Contract mode promises some frenetic multiplayer gameplay. Killzone:

Mercenary isn’t just a great FPS promise. A great FPS that takes its place among the best ps vita games of all time. Danganronpa is a MUST PLAY for anyone who enjoyed the first episode. As simple as that. The series as a whole is also highly recommended for all fans of the visual novel genre.

In fact, this game pushed the bar even higher than the first. The multitude of extras is the main reason for this, but fantasy stories and storytelling are truly the stars of this game (and the series). Dragon’s Crown is a great experience and while it’s easy to get distracted by mages and their attributes because of the character’s visual style, don’t be denied the chance to play one of the best beats ever. all the time.

Open to new players and experienced players, you need this game in your life. Without exaggerating, this game managed to achieve a tour de force and became essential in its field and at PS Vita. Assassin’s Creed III: Liberation is a simplified version of the Assassin’s Creed franchise. As complete as any console game, every aspect seems to have been meticulously crafted.

Game Liberation is part of the AC series, and it prides itself on standing alongside your other favorite Assassin’s Creed. If you’re looking for an excuse to get a PS Vita, this might be one. There’s nothing wrong with Toukiden, but also nothing particularly special. This is the best PS vita game of all time with demonic action that is well designed, very entertaining, and not too ambitious without the depth and character of Monster Hunter and the surprising and terrifying oddities of Soul Sacrifice.

There is nothing better than what is available on the Vita. But for handheld online co-ops, this game will keep you going for hours with tons of levels and bosses.

That’s all I share recommendations for the best PS vita games of all time until 2021. Tell us which games you like in the comments section below.