MOBA game is a game genre that stands for Multiplayer Online Battle Arena which requires a strategy to play it. In the MOBA genre game, each character has different roles and skills.

MOBA genre games are very popular in India, especially since this genre is present on the Android platform. In fact, some of these games often hold eSport tournaments that offer fantastic prizes.

Well, for those of you who are curious about the best MOBA games on Android and PC in 2021. You can see the list below! 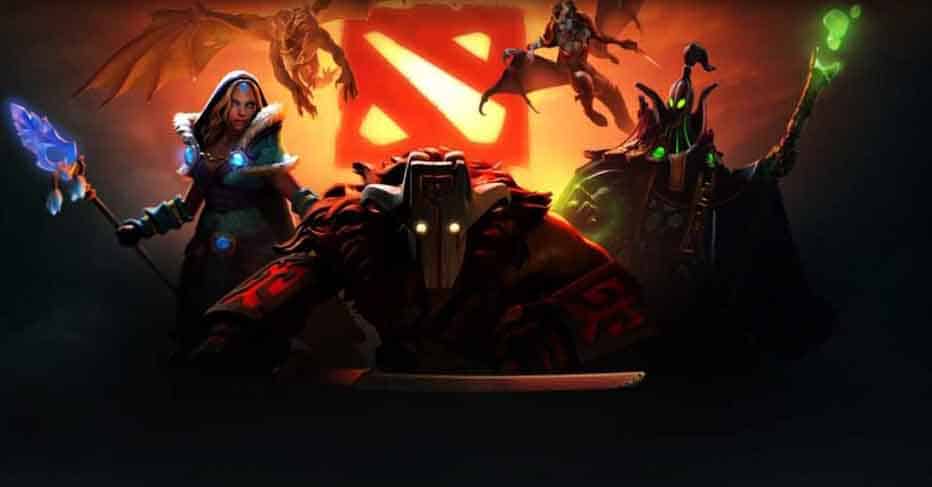 For the first time popularizing the MOBA game in the world made the Dota 2 game very popular.

One of the games that can be obtained for free on Steam does have a lot of fans, ranging from casual gamers to eSports athletes.

Even though the Battle Royale game trend is currently booming, Dota 2 can still survive with many loyal players.

For this reason, this 2013 release game has the courage to hold various tournaments. The biggest tournament is The Internationals which is held every year.

League of Legends or commonly known as LOL is one of Dota 2’s most popular competitors in Europe.

But even though it was successful in Europe, LOL’s presence in India did not get as much enthusiasm as Dota 2 did.

However, the latest news is that the game made by Riot Games, which has been purchased by Tencent Games, will launch a mobile version to compete in the currently rising Mobile market.

In fact, in its world-class eSport tuner, this game can invite a large audience. This means that this game is quite successful in attracting mobile gamers.

3. Heroes of The Storm

Heroes of The Storm is a Blizzard Entertainment game made to compete with MOBA PC games.

Coming with a variety of map choices, it is hoped that the players will not be bored in playing it.

In addition, Heroes of The Storm also presents various characters from other Blizzard Entertainment games such as Tracer, Diablo, Leoric and many others.

The gameplay makes you have to play 5 vs 5 with 15 different maps that you can choose from.

Who doesn’t know this one game? Mobile Legends: Bang Bang is the best MOBA game on Android, the most popular in India.

This game made by Moonton regularly updates, such as new heroes, revamps, and even new modes. In addition, ML is also one of the most popular eSport games for people in India.

Mobile Legends: Bang Bang has a gameplay similar to Dota but is mobile-based. Not surprisingly, since the first time this game appeared, it is in great demand even today.

With a Japanese theme, NetEase Games’ Onmyoji Arena is made for gamers who like Japanese games.

This game takes a Heian zama background with a thick Japanese atmosphere. The concept is 3D with a MOBA-like graphic quality which is quite stunning.

This uniqueness succeeded in making games MOBA This received a pretty good response from gamers in India.

Arena of Valor or commonly abbreviated as AOV is a MOBA game originating from Tencent Games and published by Garena in India.

The game that appeared in 2017 is also one of the best-selling MOBAs in India following in the footsteps of its rivals.

Arena of Valor has a 5V5 multiplayer mode and a very exciting adventure mode.

But even though it has pretty good graphics and gameplay, AOV doesn’t get a pretty good rating on Google play like Onmyoji Arena and Mobile Legends.

As the name suggests, Marvel Super War presents characters based on Marvel comics such as Captain America, Thor, Ironman and even Thanos.

Even though it is relatively new because it was released in 2019, this game is quite interesting for MOBA game lovers.

In fact, since it first appeared this game has been downloaded by more than one million players. The concept is 5V5 and offers Marvel superhero abilities that players can try.

Even though it is not as well-known as Mobile Legends and AOV, this game made by Reality Square Games still regularly provides updates until now.

This game has a similar concept to its predecessor where players will fight in three lines with 5 heroes as members.

The main mission is to destroy the main turret that is in the centerline of the map.

Previously, the Heroes Evolved game was also present on the PC platform via Steam, but there were no enthusiasts, this game finally closed in December 2019.

The next MOBA android game comes from Megaxus Infotech called Legends of Kingdom.

This game carries the Multiplayer Online Battle Arena genre where 10 players will be divided into 2 teams and develop strategies and abilities to win in battle.

The map is divided into 3 lines, more or less the same as most MOBA games in general.

Uniquely, some of the features in this game are not shared by other MOBA mobile games such as Ward, Sentry, and Courier.

In addition, the choices of heroes here are also quite interesting because they are inspired by legendary heroes from China and other kingdoms.

Finally, there is the Legend of Ace from FunCube Technology Limited. This game is different from other MOBA games, such as using cards to get effects such as items, countdown timers to fewer towers.

This game also uses cards rather than items like games in other MOBAs. These cards can be used to get the effect you are looking for.

Uniquely, this game has 7 turrets where other MOBA games have 10 turrets.

But even though it comes with its own uniqueness, Legend of Ace still can’t match the fame of Mobile Legends in India.

Those are the 10 best MOBA games on the PC and car platforms that you can play. Each game above certainly has its own uniqueness and characteristics in terms of heroes, features, and gameplay.