Upgrade your launcher for a better Android experience. Launcher is a series of home screens that is used to organise, arrange and interact with the application. Each and every phone comes with a launcher.

Through the launcher, we can arrange app shortcuts and widgets. Here, in this article you will get to know about the best launcher apps for Android. Smart Launcher has been the best app launcher for the last few years. It has a grid-less widget placement where you can add your own custom categories.

It has a modular page system and double-tap shortcuts for the dock apps. The app drawer is the star of the show. It is very responsive and comprehensive with a quick home screen theme.

Pros and cons of Smart Launcher

Wonderful themes help the user to build a home screen of their choice. It helps you to be comfortable with the layouts and the themes.

Robust backup system is one of the excellent features of Nova Launcher. Nova Launcher 7 is the latest update with more integration and new features.

Pros and cons of Nova Launcher

Swiss Army Launcher is the most comprehensive and responsive launcher. It is quick in solving Android’s issues. The issues are mainly with the Android 10 gesture controls. It works incredibly and it is really quick in setting up.

It has robust gesture control and shutters to conceal the folders and widgets under the app icons.

Microsoft Launcher is a top quality and ever updating launcher. It has a scrolling page of widgets that have space over 3 to 4 pages.

It is a light weighted launcher that is absolutely not as simple as the Niagara Launcher or Smart Launcher 5.

The settings are slightly clunky. It is worth having this launcher if you have any reliance on Microsoft Ecosystem.

Pros and cons of Microsoft Launcher

A shiny new launcher to build themes around. Apps are easily accessible. It is a good launcher for low memory devices.

Building the theme is very easy and quick when done from Niagara Launcher. It is a bit like the old Z Launcher.

You have access to all the apps on your mobile device.One or more widget can be sticked at the top.

Pros and cons of Niagara Launcher

LawnChair 2 is the full-bodied launcher with the clean looks of Google. It has all the ability to do the things that we expect from a launcher. It consists of
-edge-to-edge widgets
-adjustable icon
-grid sizes
-automatic theming
– folder covers
-categorized app drawers.

Pros and cons of LawnChair 2

Rootless Launcher is a decent launcher with customization elements that makes it look good. You get theme-based wallpaper, icon selected, and icon pack support.

The location of the search bar can also be changed. But it requires an extra plug-in installation. The description of the Launcher is available on the Google play store.

Total Launcher is not as popular as the other Launcher, still it is quite good. High level of customization and various themes are available on Total launcher.

Poco Launcher is a very popular and cheap launcher. Customize stuff and app drawer background is available on this launcher.

It has a privacy option for hiding your icon. It is a light app, therefore, runs smoothly on your device.

You can give a shot to any of the above-mentioned app launchers. Before choosing the app launcher, don’t forget the reviews.

Launchers help in importing from other launchers. The consistency of the Launcher apps is what attracts more users. Check the reviews of the launcher app and then select the best for your device. 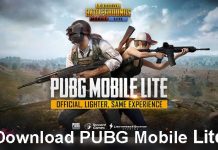